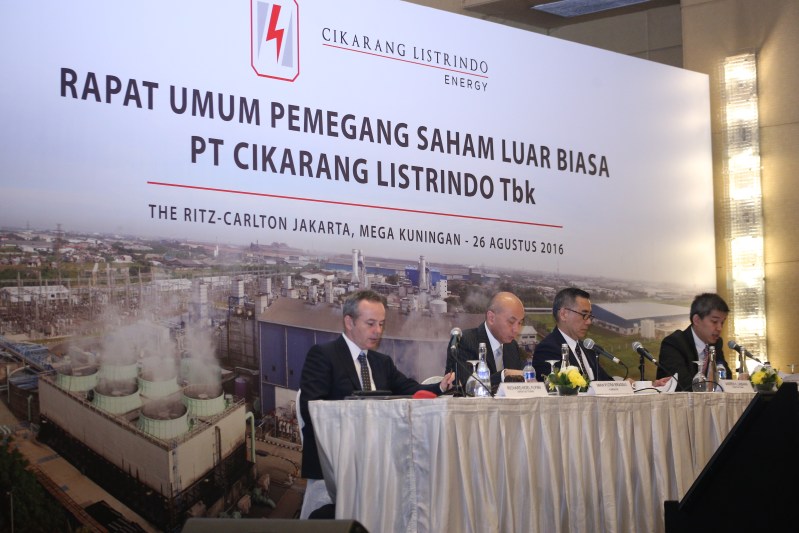 The combination of Indonesia’s highest rated non-investment-grade issuer (with outstanding dollar denominated bonds) and an improving macro backdrop proved a winning one for investors.

This happy confluence of events enabled the Ba2/BB rated group to bring the tightest priced deal on record for a rated Asian non-investment grade issuer at the 10-year point of the curve.

Investors will certainly be hoping the new deal has a better track record than Caa1-rated Indika’s 6.375% January 2023 (callable January 2018) issue, which is currently trading on a yield-to-worst of 14.0686%.

However one of the key reasons for Cikarang Listrindo’s success is its Ba2/BB rating, which gives investors a far higher degree of comfort about a country whose corporate issuers have a long track record of upsetting performance expectations. Added to this is the rarity value of an Indonesian private sector credit from the upper end of the high yield universe.

Only a few groups have a higher rating and they are generally either state-owned or state-linked telecom companies such as Ba1/BB+ rated PT Indosat, which is on positive outlook from both Moody’s and Standard & Poor’s, plus Ba1/BBB-/BBB- rated PT Profesional Telekomunikasi Indonesia (Protelindo).

Given the bonds are almost impossible to source, it provides a non-existent benchmark for Cikarang Listrindo’s new deal. Bankers said that most investors looked at PT Lippo Karawaci’s $260 million tap of its $150 million 7% April 2022 (callable 2018) deal, which was executed at the beginning of August.

The success of the Ba3/B+/BB- deal, which attracted a final order book of $1.25 billion, provided the groundwork for Cikarang Listrindo and other deals, which bankers believe will now follow. Since it was re-opened on a cash price of 103.7%, the deal has traded up to 105.16% and well up from its mid-February year-to-date low around the 91.97% level.

Indonesian Issuance to Pick Up Steam
“Pricing levels are very attractive right now and technicals are superb,” said one banker. “A number of other Indonesian issuers are also readying themselves to access the market.”

And the banker believes they will be well received even though spreads have been on a tightening trend since February when Lippo Karawachi was forced to pull an earlier liability management exercise because of inhospitable market conditions.

“Investors are very bullish on Indonesia as the rupiah has been very stable all year and the macro backdrop is a lot better,” the banker added. “There has been very little supply so there’s plenty of appetite out there for other issues to take advantage of.”

Cikarang Listrindo set out with initial guidance around the 5.375% level and unusually for an Asian issuer, built up a shadow order book in the US on Tuesday so key emerging market investors based there did not have to wait until books were almost closing after formal launch on Wednesday.

These initial indications of interest gave the deal momentum during Asian hours on Wednesday and led to final pricing at par on a coupon and yield of 4.95%. The issuance vehicle was Listrindo Capital BV, with a guarantee from the onshore parent.

Distribution Stats
A total of 176 accounts participated with a split, which saw 41% placed into Asia, 30% in the US and 29% in Europe. By investor type, funds took 86% followed by insurance and pension funds on 7%, retail 6% and banks 1%. Specialists said there had been some discussion among investors about the steepness of the five- to 10-year curve, with some investors suggesting 150bp and some 125bp.

“In the end pricing came inside of that and a lot of investors will believe this has come through fair value,” said one observer. “However, Cikarang Listrindo is a fantastic credit, which has delivered on all its commitments and is almost finished with the capex for its latest power plant so there’s very little financing risk.”

A second benchmark for the new deal was Ba3/BB-/BB rated Tower Bersama Infrastructure, which has a 5.25% February 2022 (callable 2019) bond outstanding. This was trading Wednesday on a yield-to-worst of 4.47%.

Recent Ratings Upgrade
Cikarang Listrindo is an 864MW integrated power generation, transmission and distribution company based in the Cikarang area west of Jakarta. It has a captive client base of 2,233 companies based in five industrial estates.

In a rating analysis, research house Lucror Analytics said it liked the company because it is a stable and profitable utility business (as a result of its sole status providing electricity to five industrial estates).
It added: “We like the diversified customer base and tariff structure, which passes on natural gas costs and are adjusted for FX rates.”

S&P upgraded the company by notch in mid-August citing its “solid cash flow adequacy through to 2018”. It concluded that “improving cash generation ability and proceeds from the recent IPO also enhance the headroom in the company’s balance sheet to absorb higher spending or additional debt for potential large-scale expansion projects”.

Joint global co-ordinators for the bond deal were Barclays and Deutsche Bank.