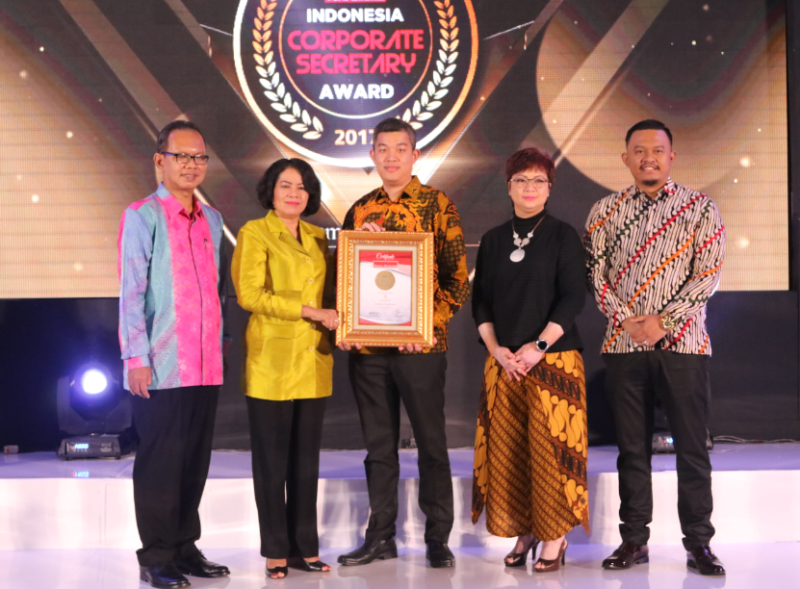 This award is a form of appreciation for companies with a good corporate secretary role, particularly in the implementation of GCG, in accordance with The National Committee on Governance’s guidance, which is based on five (5) principles, namely Transparency, Accountability, Responsibility, Independence and Fairness. The award was received by Christanto Pranata, Finance Director & Corporate Secretary of the Company.

The award assessment was conducted using a media monitoring method, which analyzed the GCG-related content in 40 National’s digital media on 559 public companies listed in the Indonesia Stock Exchange from January to September 2017. Total news items analyzed was 54,533 with 21,812 keywords.